While I was living in Vancouver, BC, TEDxRenfrewCollingwood announced a call for presentations. I've always been interested in how people perceive technology, particularly tech people usually don't understand. I've written before about it, so I decided to audition with a few notes from my previous writings. 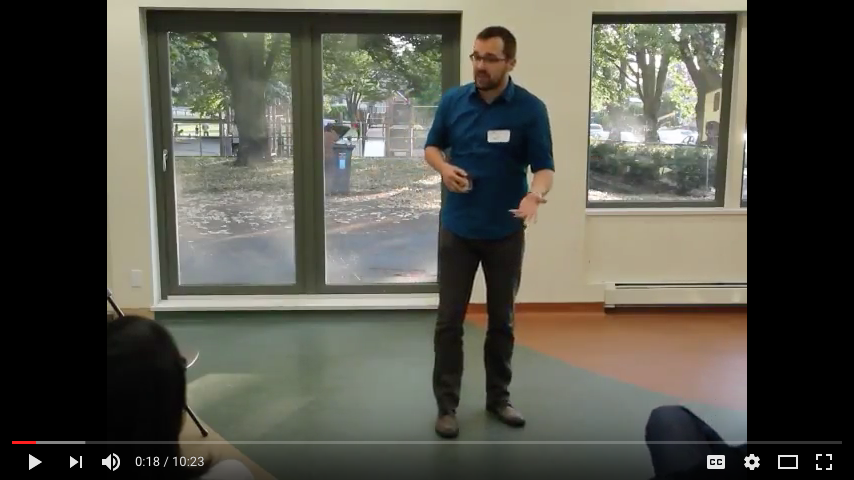 I argued that because software engineers, (and, moreso, salespeople), offer their wares in "magical" terms, it's becoming more and more impossible for people to remain safe and productive. We often use new gadgets and systems without really understanding how they work, what they're storing about us, how to stay private and safe, etc.

I was accepted to speak and quickly set to work honing a talk that would speak to this concept, but also try to solve the problem in some way.

I created an open-source project called "metaphorical.ly", which gathers metaphors from geeks all over the world to explain obtuse technological concepts to anyone interested in knowing how they work. I then prepared and gave my talk at TEDxRenfrewCollingwood. 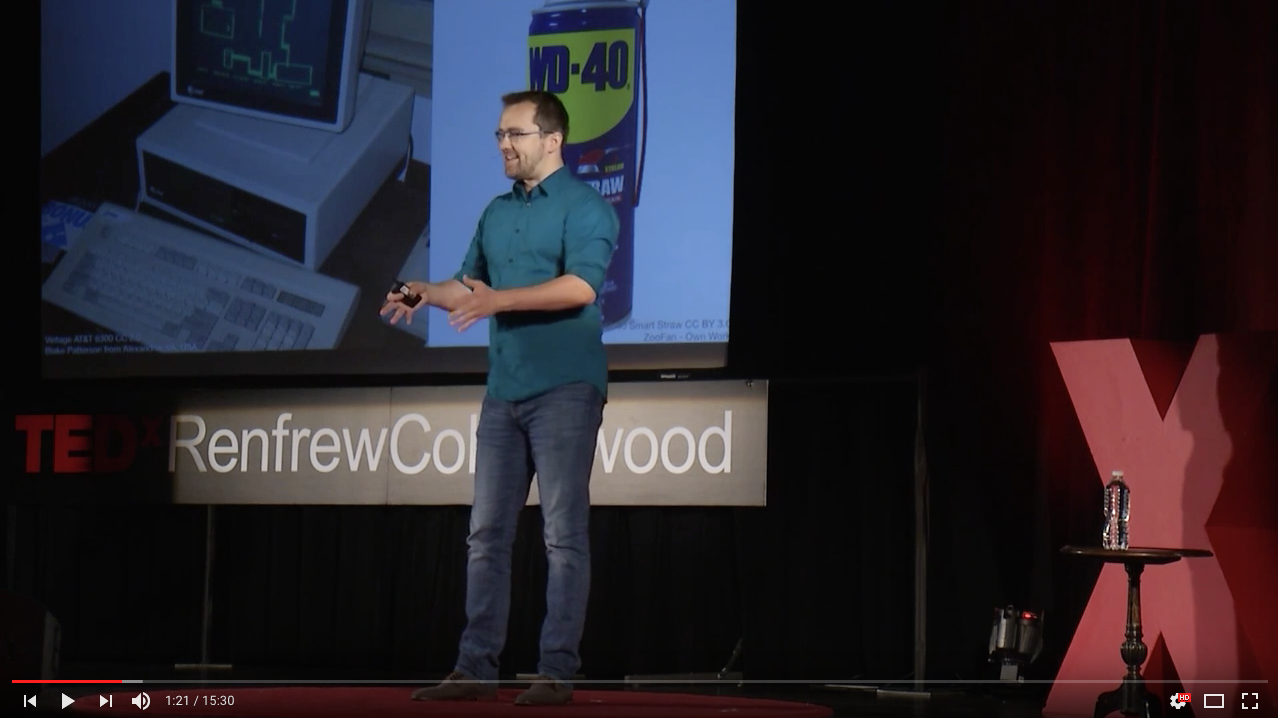 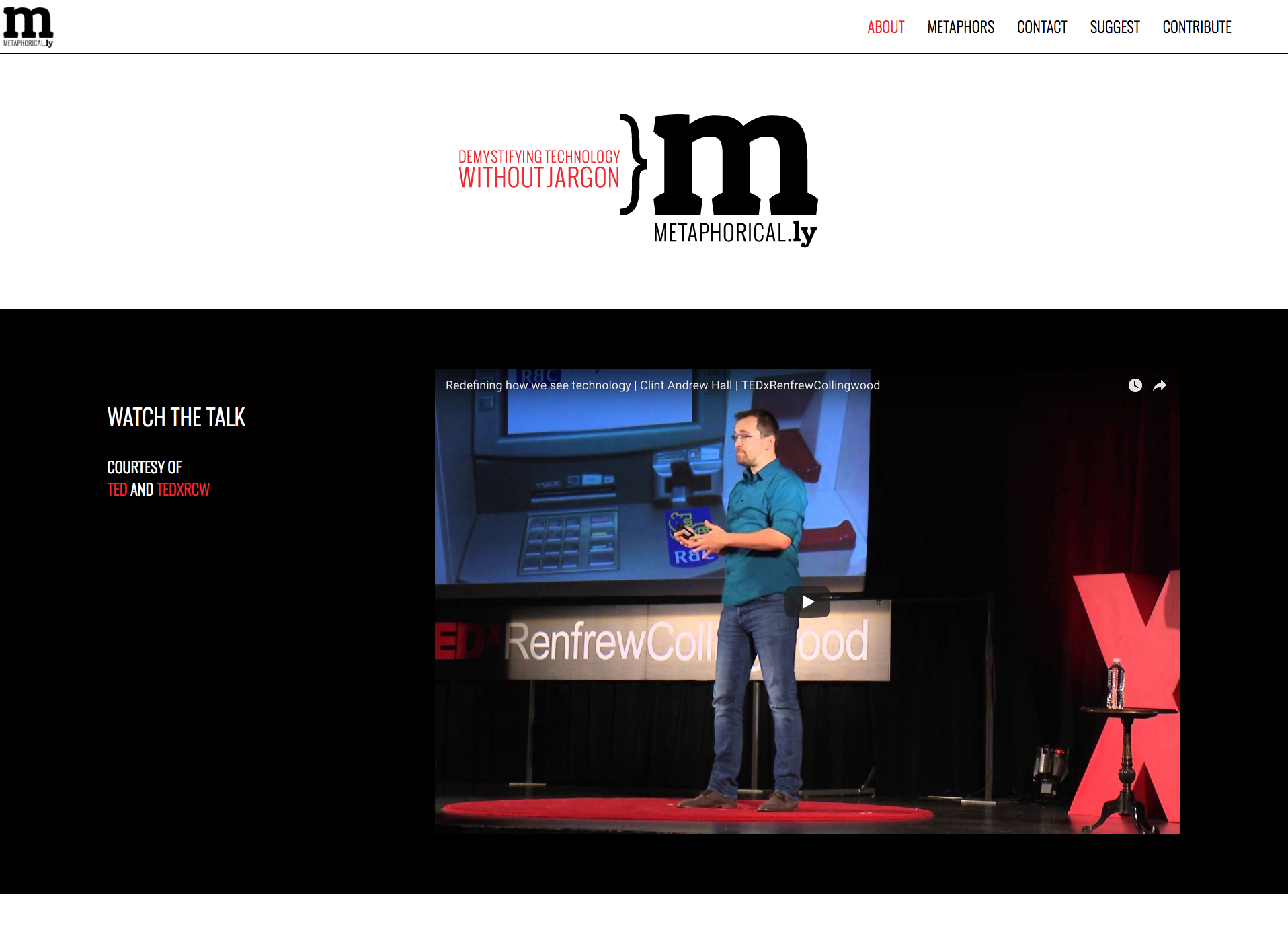 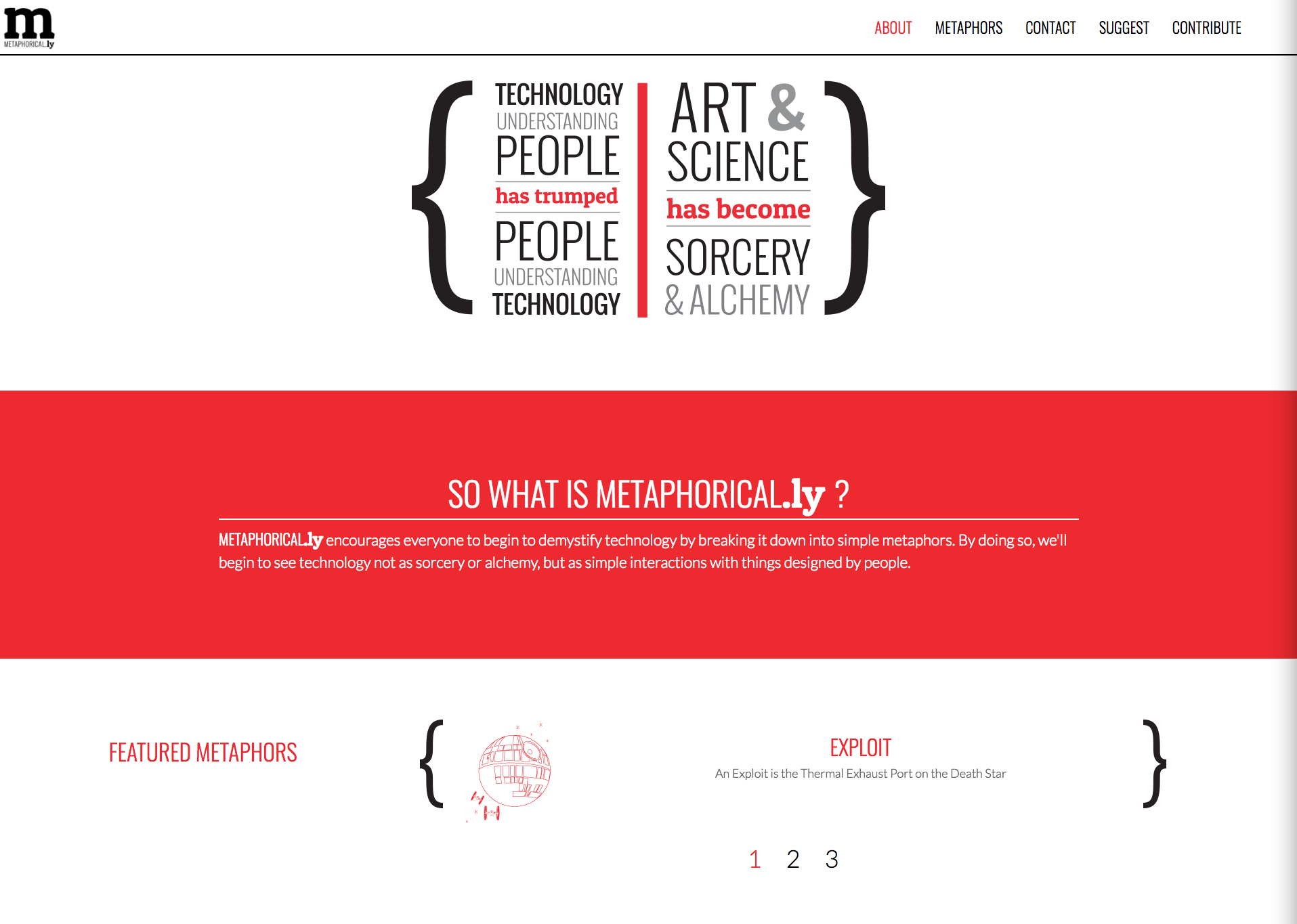 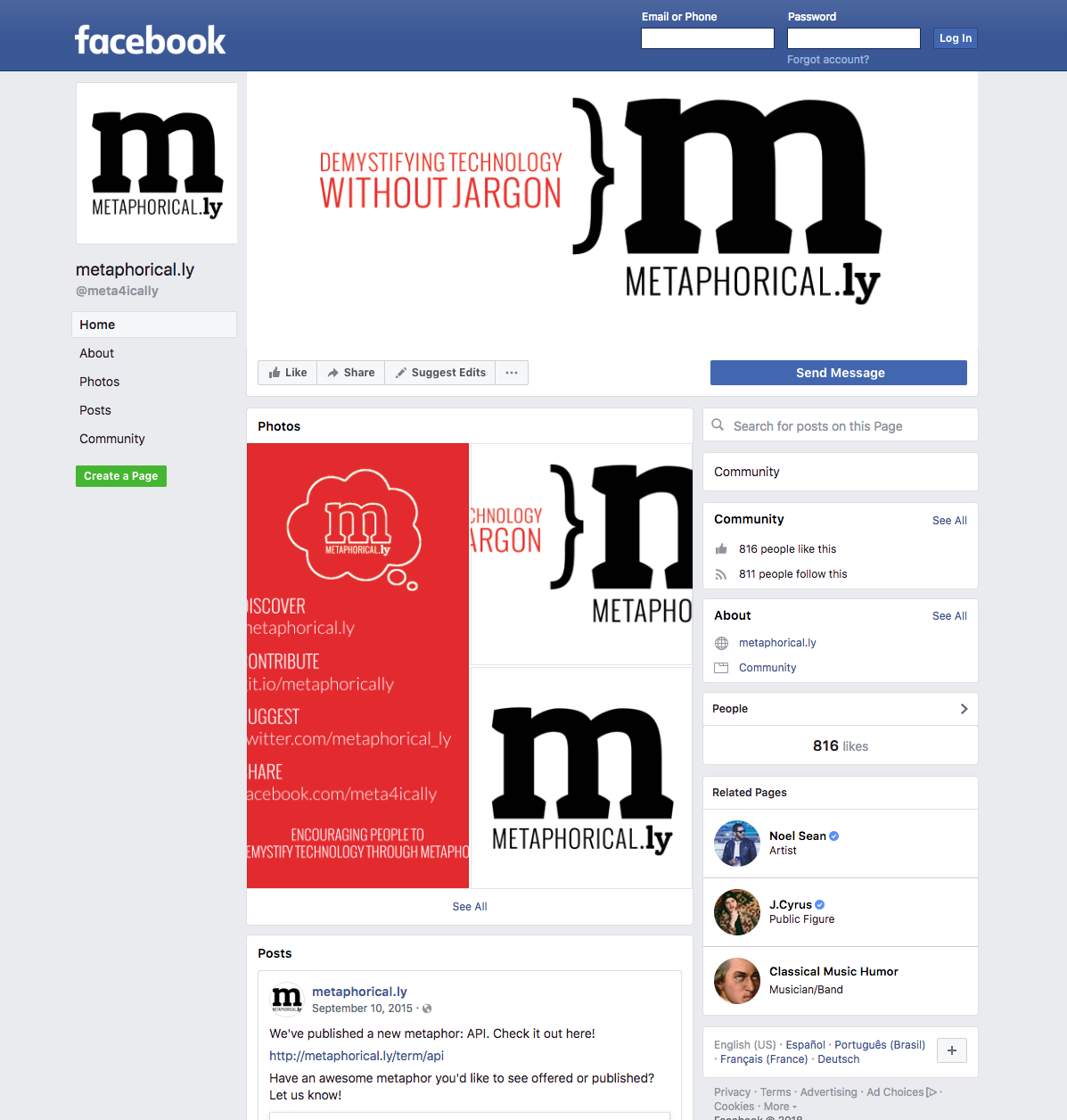