I attended SxSW in 2010, for the third time. As always, there were a ton of things to see and do... but I found myself remembering places from past trips to Austin. Things like:

With FOMO on my mind, those questions inevitably got answered, usually after a lot of painful searching through memory, anecdote, blog and social media.

One night of the conference, I was wandering through Austin (keeping a weather eye open for my next awesome experience), when I saw a very large group gathering in the lobby of the Hilton.

I checked my Twitter feed, and I saw Dennis Crowley of Foursquare had been tweeting cryptic messages hinting toward some kind of "swimming" event.

I discovered that, every year at SxSW, the Foursquare guys would lie on their backs and race across the lobby floor pushing with their feet and a making a backstroking motion with their arms. It was hilarious.

Inspired by the shenanigans, I decided I would build a "memory" tool for social media, and I would call it "Backstrokes"... allowing people to "swim back" through their history.

Backstrok.es currently has one facet, the one that was the most interesting to me at the time: trips to other cities. Using a home zip code, Backstrok.es will organize checkins within a certain range of each other into "trips", making it easy to list and recall the places you’ve been.

The code is now open-source on my Github. I update it as I have time. 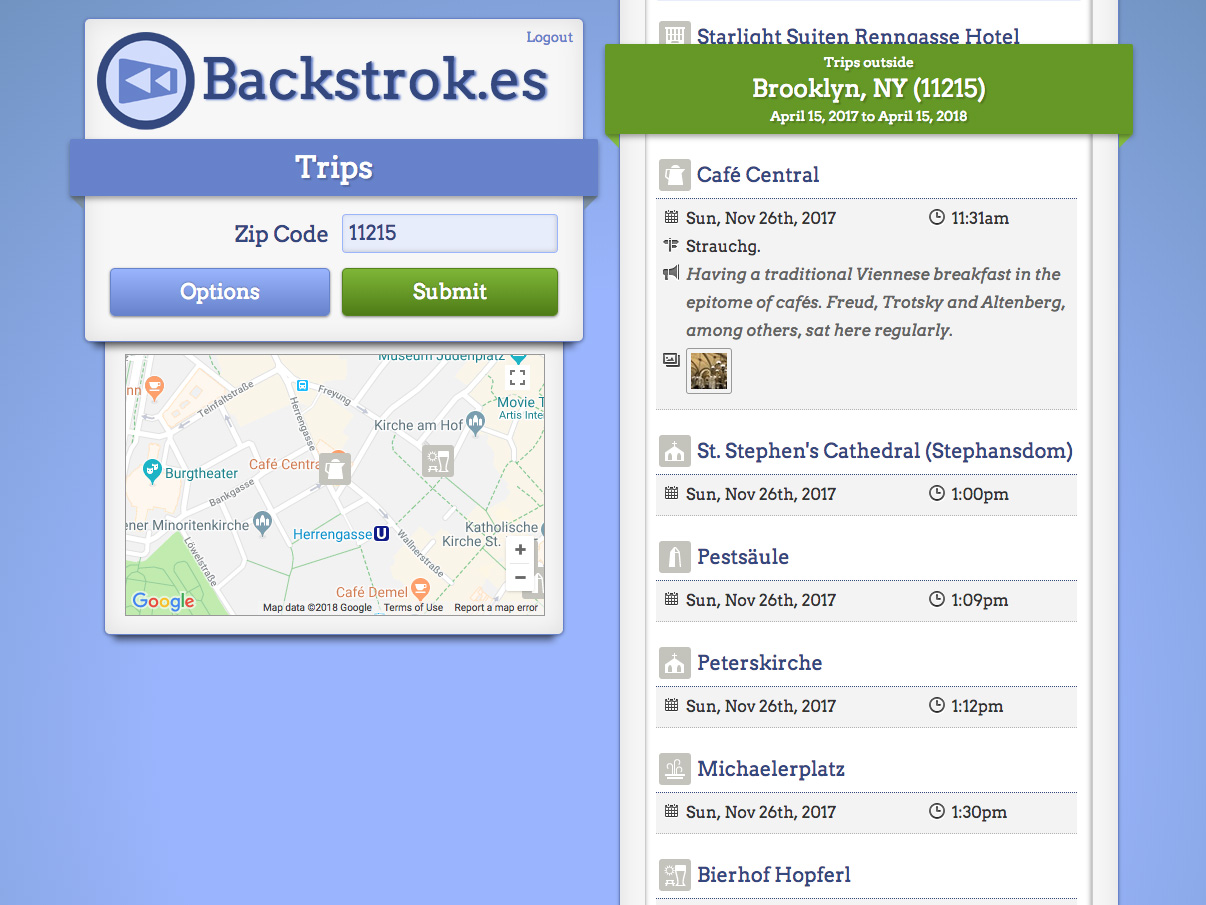 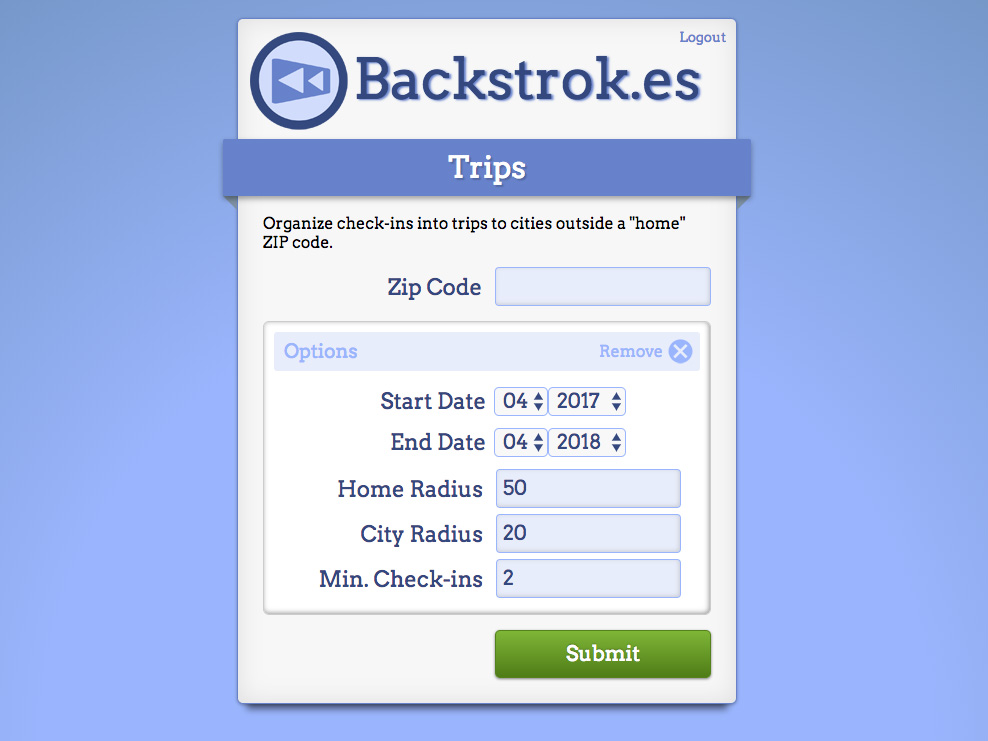 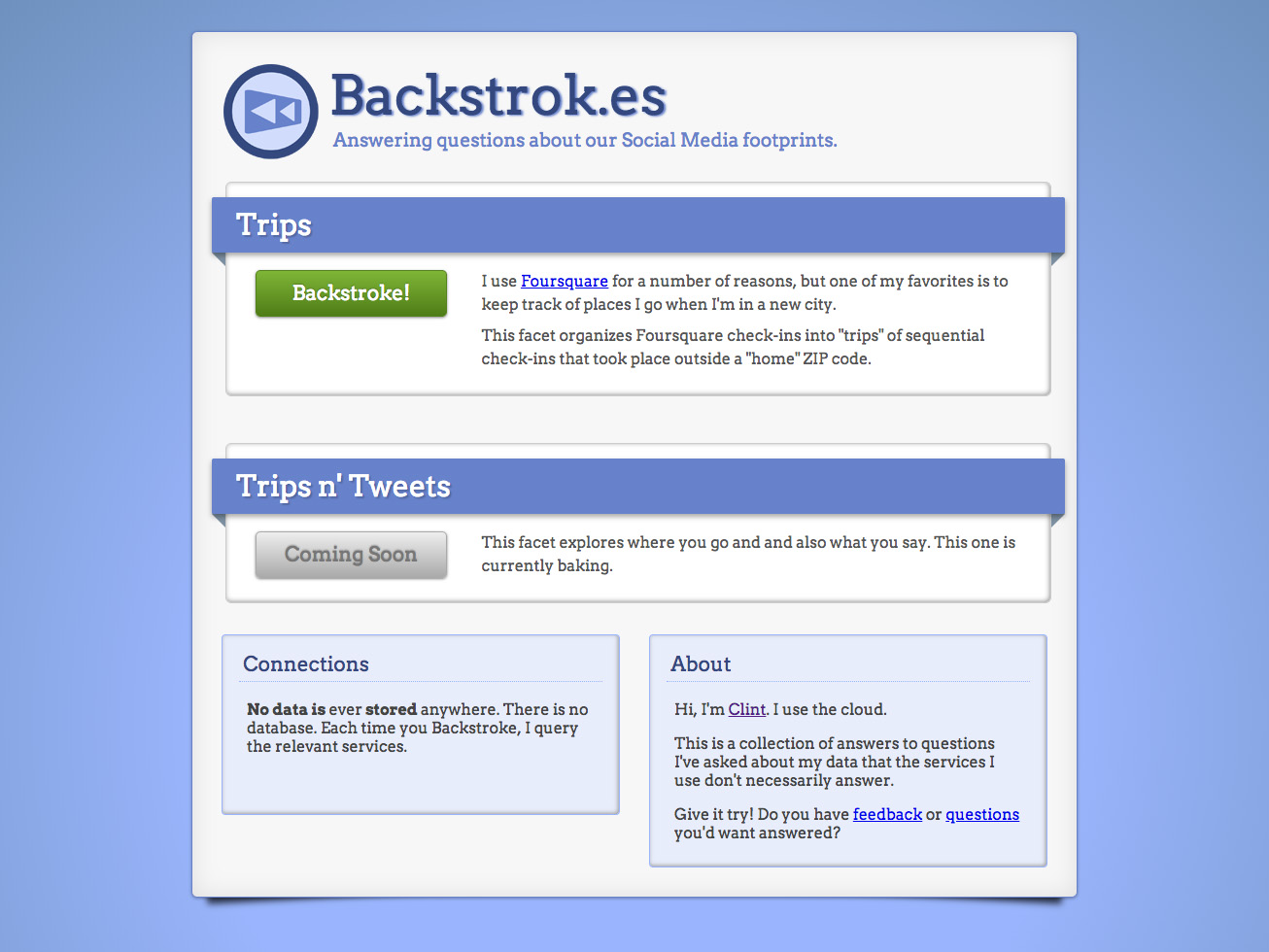 Backstrok.es is built on Node.JS. It uses my node-foursquare library for working with the Swarm and Foursquare APIs. As a point of pride (and to keep the hosting free), it uses no database: all data is retrieved and organized on each page load.

Perhaps in the future I’ll use a database for "sharing" trips with your friends. But for now, it's a useful tool when friends of mine are looking for recommendations in cities I've visited.